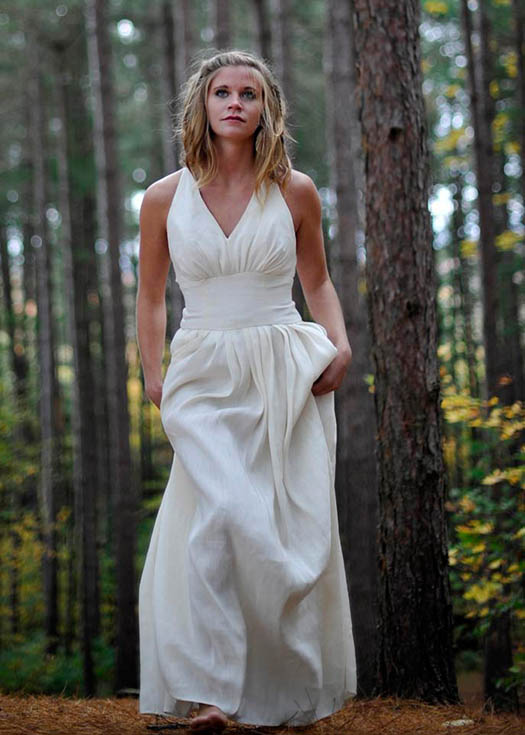 The saying “you are what you eat” should be changed to “you are what you wear.” For example, the woman walking down the sidewalk in the yoga pants and fleece zip-up pushing a stroller falls into “busy mom” category, while the dude with the long hair, skinny jeans, graphic tee and wool cap is clearly a hipster. You can also tell a lot about a person from what they wear that goes way beyond their sense of style. One thing just looking at another’s clothing won’t tell us, however, is what fabric it’s made of and whether it’s eco-conscious, and hemp, like an amazing-but-forgotten-about actor making a comeback, is waiting for its grand re-entrance.

HEMP IN THE ARCHIVES

Cultures throughout history discovered as many as 10,000 years ago that hemp could be used for fiber, oil, seeds, and medicine. Global Hemp writes that “many of these cultures viewed hemp as a gift, or treasure from the Divine Spirit, to be used during ceremonials, incense, ingested for deep meditative and heightened awareness, smoked for pleasure, or worn for clothing during ceremonies.” Wikipedia tells us that the earliest hemp textile was made as far back as 8,000 BC in Mesopotamia (currently Iran and Iraq), but the culture that really incorporated hemp well into their dress was the ancient Chinese. One intrepid bridal gown designer, Tara Lynn, owner and designer of Tara Lynn Bridal (www.taralynnbridal.com) in Sutton, Vermont, gets the fabric for her collections from China, and most of her gowns are made of hemp and hemp cotton and silk mixes.

Her whole mission was “to work with sustainable fabrics” and she really walks the talk. Her studio in Vermont is solar-powered and the fabrics that she uses for her collection are vintage and organic. She even does her stitching on vintage sewing machines! She has been working with hemp since her days as a student at the Fashion Institute of Technology in NYC. It was during her time at FIT that she grew “increasingly concerned about the ‘dark side’ of fashion—sweat shops, toxic chemicals and harmful, heavy metals in dyes.” She loves working with hemp because “it’s breathable, blend-able, durable, soft, natural, and pesticide free.”

HEMP’S TIME IN THE SPOTLIGHT

Hemp really had its high-fashion shining moment in the 1960’s when hippie counterculture propelled the fashion scene. The hippie movement, an outgrowth of the “Beat” movement of the 1950’s, was built around notions that clashed wildly with the standard cultural, buttoned-up norms of the time. It was an era of youth rebellion, and the fashion designers, smelling hippie dollars, trotted out clothing that was nearly the complete opposite of its previous generation. White collared shirts gave way to loose peasant blouses made of hemp. Skirts, beards, and hair grew long and shoes were tossed off and replaced by hemp sandals and jangly hemp ankle bracelets. The designs were inspired by psychedelic imagery and nature, most often flowers and feathers.

It was perhaps the first time in fashion history that the generation defined the style and not the other way around. Hippie fashion was essentially a big middle finger to cultural norms and openly pushed, Wikipedia writes, “rejection of received standards, innovations in style, experimentation with drugs, alternative sexualities, an interest in Eastern religion, a rejection of materialism and explicit portrayals of the human condition.”

JOURNEY TO THE PRESENT

As hippies grew older and manufacturing of fabrics grew more and more centralized, hemp pretty much disappeared from the scene and polyester and other synthetics, largely made from petroleum, took center stage. Synthetics were cheap and as an increasingly consumer-driven society started making more money in the 1980’s, styles made of polyester or poly/cotton mixes came to market to satisfy those with extra dollars burning holes in their pockets.

Additionally, mainstream consumers, weary of the hippie movement and newly converted into yuppies, turned away from eco-friendly fabrics, mostly because of its cost. Hemp grew increasingly expensive and turned into a niche item that only die-hard environmentalists, artists, or designers were interested in finding and buying.

THE FUTURE’S SO BRIGHT

But Tara Lynn definitely sees a bright future for hemp in the design world, though it has to overcome a few hurdles.

Hemp as a textile still seems to suffer from a bit of an image problem, with the majority of consumers not knowing the differences between hemp and marijuana. Marijuana, of course, is still illegal under federal law and as long as this confusion exists, most retailers won’t be willing to take a risk on purchasing hemp collections.

The biggest obstacle for widespread use in hemp clothing really seems to be indifference. There are a few high-fashion designers like Georgio Armani, Calvin Klein, Ralph Lauren, Stella McCartney, and Donatella Versace that offer a token pieces of hemp clothing in their lines, but these offerings are infrequent and expensive. Every now and again groups like Earth Pledge will put on fashion shows sponsored by Barney’s New York or Lexus. This, however, puts hemp back in the category of an art show purchase, definitely not for your average consumer. As an example, the Ralph Lauren hemp sweaters, made of cotton, linen, silk and lastly hemp, retail for $495.

Since starting her work with hemp in 1999, Tara Lynn says that there “are more fabrics now, and the quality is nicer,” though a lot of the colored fabrics offered by her distributors aren’t “on trend.” She also sees her collections as a way to educate people about hemp. When customers love the feel of a well-made fabric, hemp or not, they buy it again.

So, how do we get hemp on the store hangers? Tara Lynn thinks we should just sneak it in. Her endangered species jackets weren’t bought “because they were hemp, they were buying them because they were designer-looking jackets, they really liked the cut and style or they looked cool. They thought it was awesome looking but then they were intrigued to learn about it.” And if more states like Vermont allow their farmers to grow hemp it may become easier for designers to use hemp in their collections and larger retailers to sell it. Tara Lynn sells a lot of her gowns to “artists or people that do something with the environment:  They’re entomologists, anthropologists. Or they work outdoors or they work for non-profits and they build trails, they work for the forest service.” Still a bit in the hippie department, but if, she continues, “the eco-trend continues to grow” and the hemp market continues to “change for the positive and grow,” that can bring attention from many different types of consumer, not just the eco-conscious crowd.

Fashion, like hemp, has a tendency to recycle itself. The “little black dress,” made so popular by Audrey Hepburn in the terrific “Breakfast at Tiffany’s” is really just a modern take on the ancient Egyptian sheath dresses. In the 1980’s, women, rising fast in the corporate world, needed a look that gave them an air of masculinity while still appearing feminine. Hence the massive shoulder-pad blazers with the tailored waists and colorful, large accessories. Where did the idea for those shoulder pads come from? You guessed it. Men’s football uniforms. It’s about time that those hippie generation fabrics and ideals were updated and put on the hangers at Target.